Horgan’s Quay is a new urban quarter that revitalises six acres of prime real estate between Cork’s riverfront and its intercity rail hub. The first of its LEED-rated office buildings has already attracted tenants like Apple and Spaces and visitors are flocking to its boutique hotel, The Dean.

Architects O’Mahony Pike wanted the new city campus to make an instant impression. Building on the success of previous partnerships, we teamed up to design a bespoke wayfinding system that references the industrial heritage of the area.

A monument sign announces the new district from the quayside to the rest of the city. Written in powdercoated aluminium, with Graphite Black faces and Ruby Red sides, the Horgan’s Quay name spans six metres and glows in a halo at night to add to the maritime atmosphere. Within the campus, a set of illuminated totems welcome visitors around the clock. Tall and architectural, these are styled to complement the new public realm and studded with a perforated pattern that appears throughout the site.

Wayfinding continues through the new workspace at 1 Horgan’s Quay. Lit through the sides, a logo in Traffic White contrasts with the dark tones of the dramatic entrance canopy to express the address with prominence. Inside, the signage switches to painted stainless steel in Black Grey to finish the reception with a touch of class. 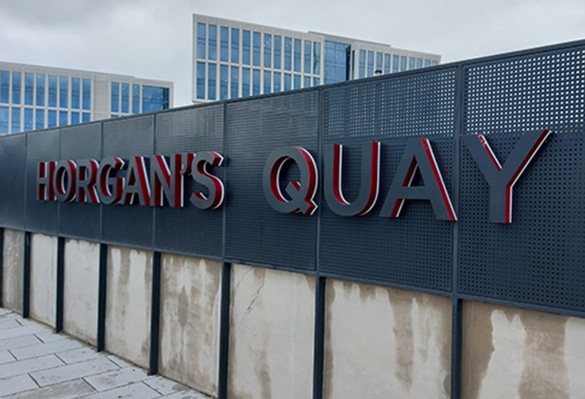 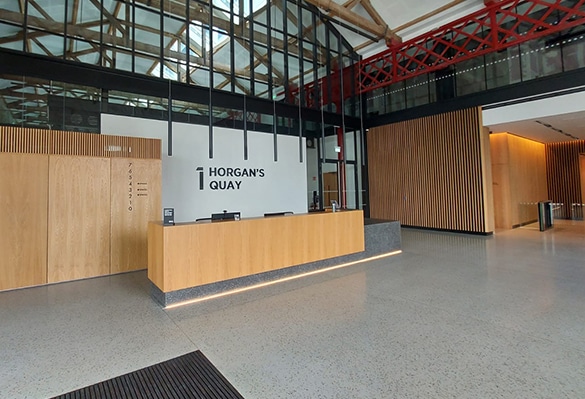 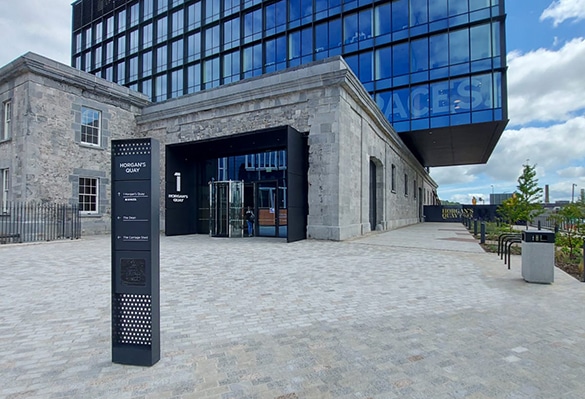 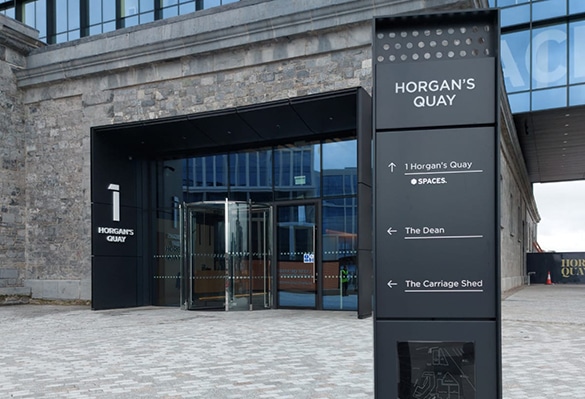 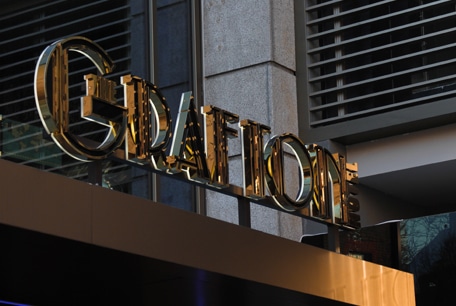 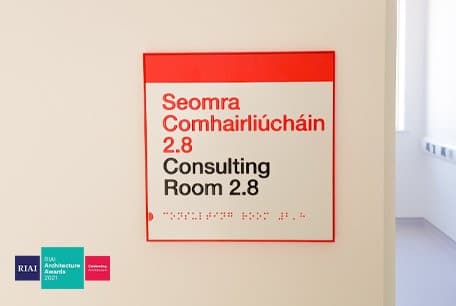 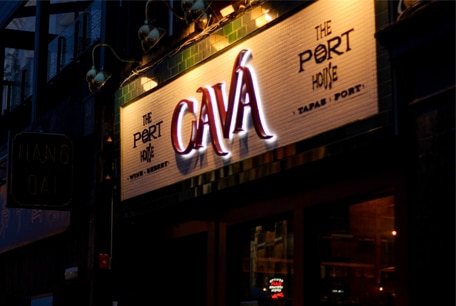